Home / Exhibition archive / Where Are You? Sculptures by Erwin Eisch 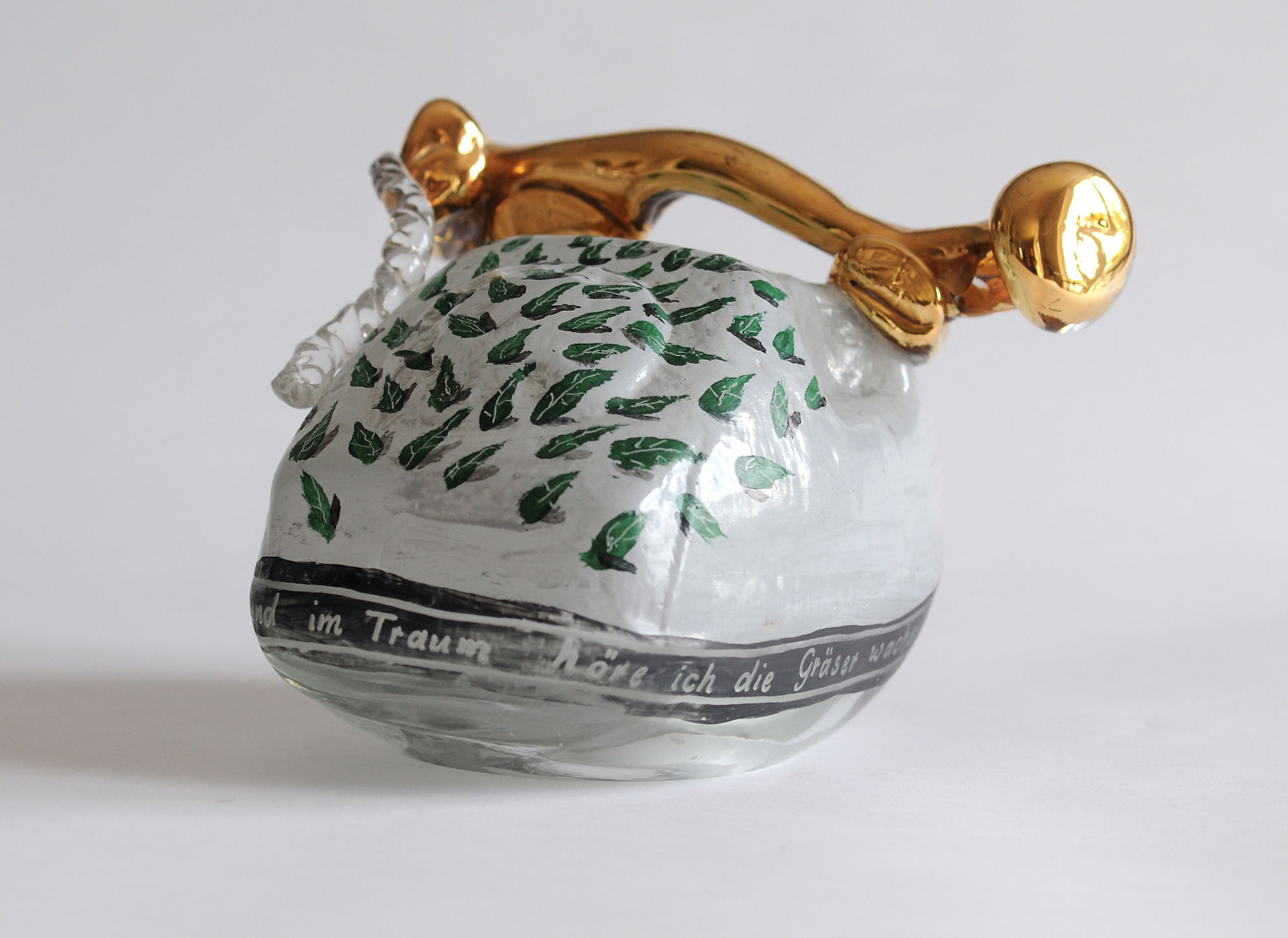 Where Are You?
Sculptures by Erwin Eisch

With Where Are You? Sculptures by Erwin Eisch, the Alexander Tutsek-Stiftung began a new series of exhibitions. After shows focusing on countries and themes, the foundation now presented a series entitled Master | Meister. It introduced outstanding artists who use glass as a medium for artistic expression in their work. The first exhibition in the new series explored the multifaceted work of Erwin Eisch (born 1927), one of the pioneers of the studio-glass movement.

Characteristic of Erwin Eisch’s approach to his work is the critical analysis of his environment. With his very own poetic perspective and the humor with which he alienates everyday things, he questions the familiar and forces changed perceptions. The impressive series of large portrait heads were the focus of the exhibition. Their message goes beyond that of portraits and shows his special view of his contemporaries and celebrities, as well as of himself in his self-portraits. Blown of glass and painted in such a manner that viewers can only just intuit the original material, they conveyed an impression of Eisch’s innovative sculptural and painterly language.

As early as the 1950s, Erwin Eisch experimented with the material glass at his family’s glass furnace. As son of a glassmaking family and graduate of the Akademie der Bildenden Künste München, Eisch regarded the glassmaking tradition critically. In contrast to the typical production of utility glass in the Bavarian Forest, Erwin Eisch developed non-functional objects alienated from any purpose, often containing a touch of irony. These early works, another area the exhibition focused on, were relatively little known since they have rarely been on view. The free-formed objects on different themes of everyday life, entitled Provokation der Form (Provocation of Form), allow important insights into Eisch’s artistic thinking. Eisch emphasizes the plastic qualities of the material glass during the process of melting and solidifying; he uses glass not in the traditional language of form but as sculptural carrier of his artistic message.

The third area the exhibition reviewed was Erwin Eisch’s and his later wife Gretel’s colorful period at the art academy in Munich. While he was still a student, Eisch became a founding member of the SPUR group in 1957 and a few years later formed the notorious group RADAMA. In a gallery in Schwabing, RADAMA staged an event that provoked the Munich art scene in 1961: A memorial exhibition about the fictional painter Bolus Krim. With the help of newspaper articles and other documents, sculptures and paintings from the period, the exhibition revived a project that excited considerable press attention in all of Germany at that time. 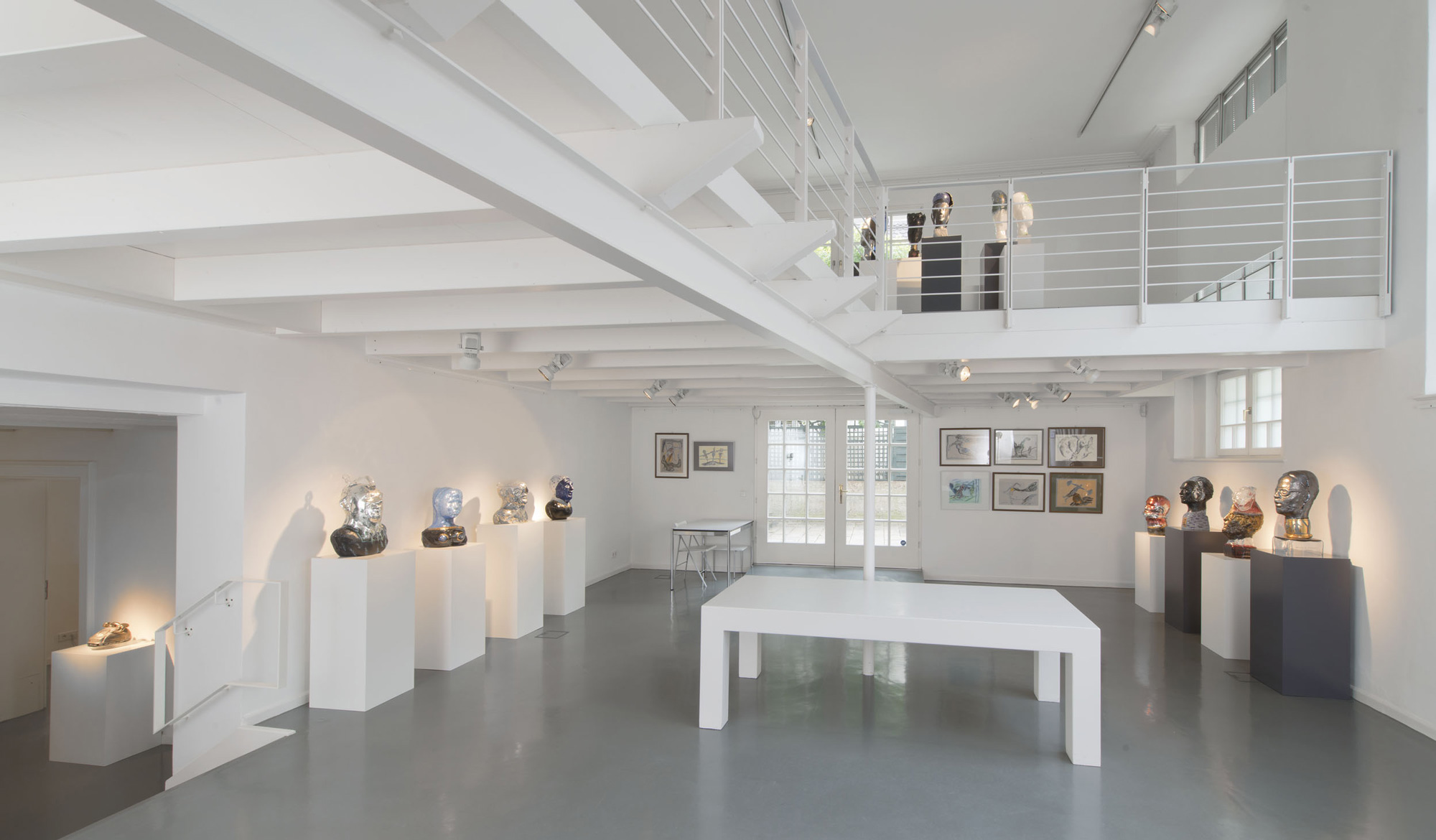 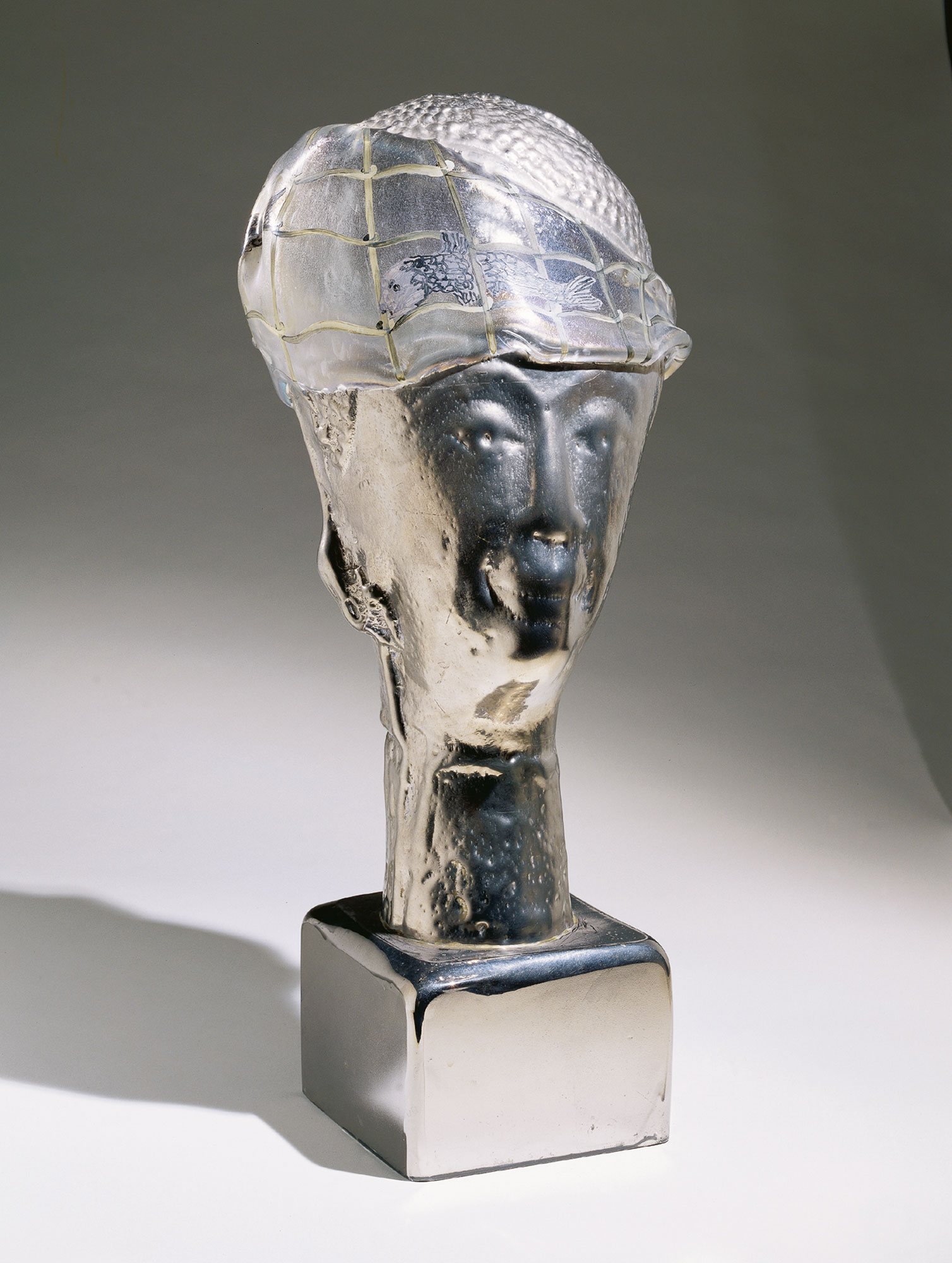 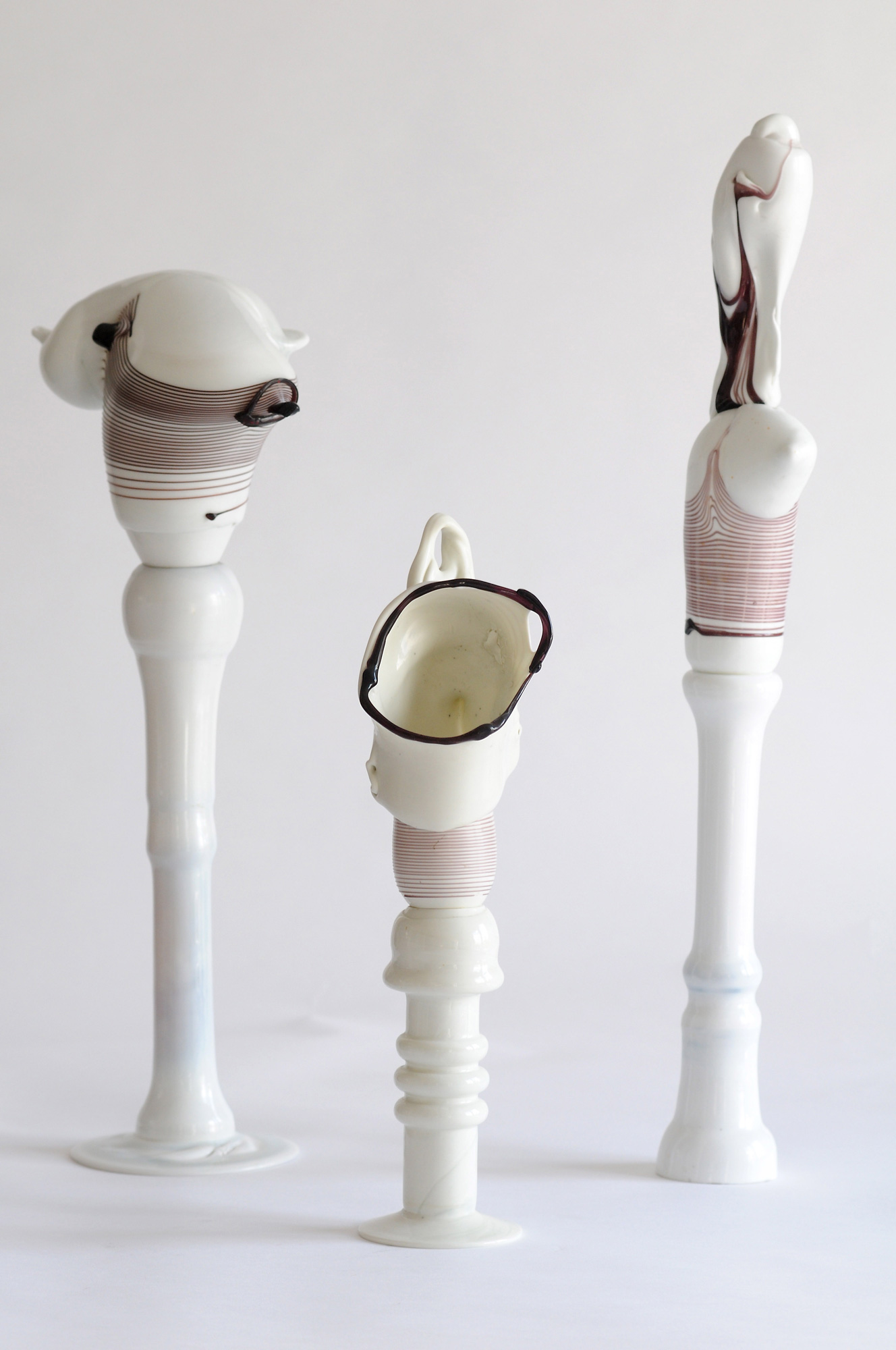 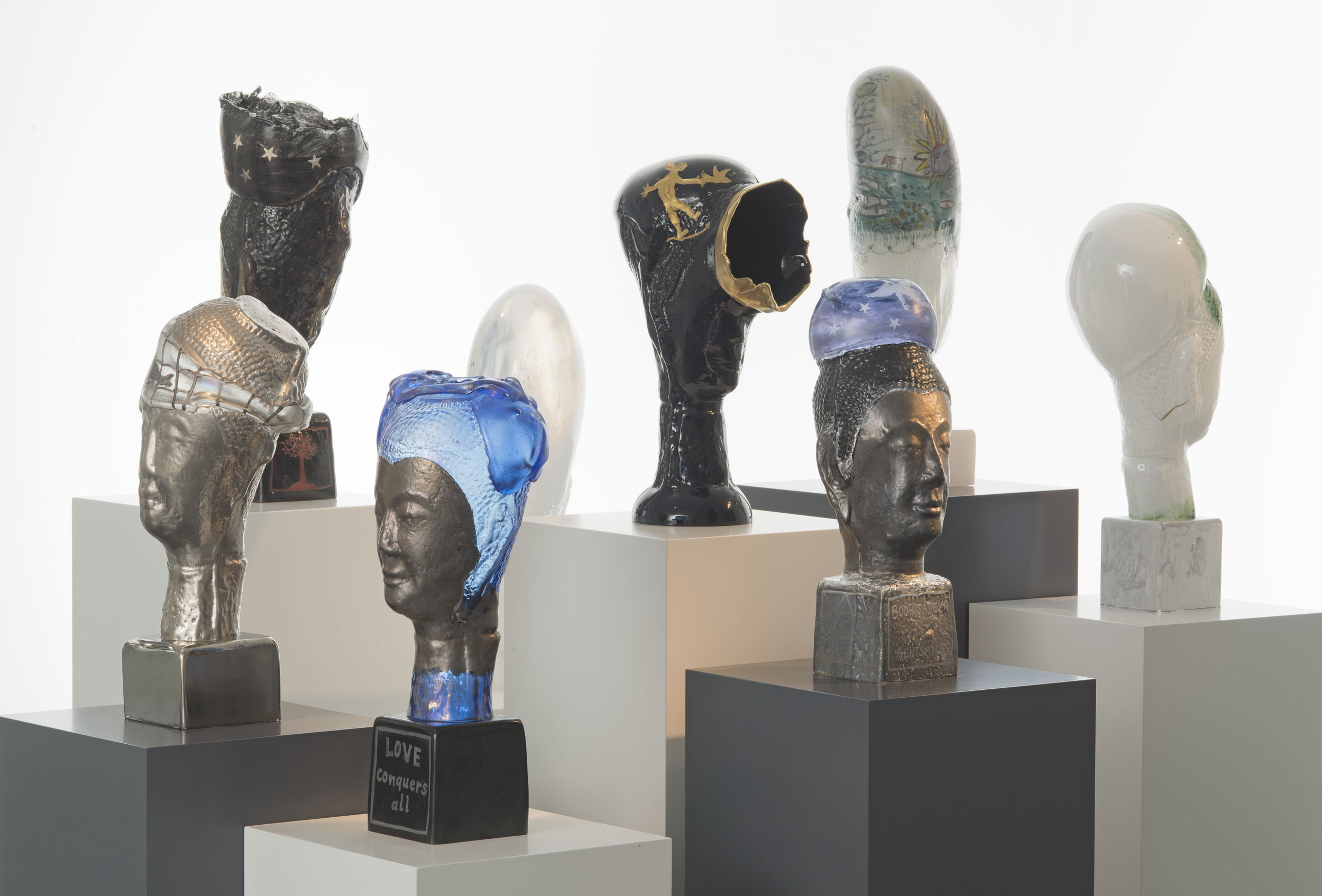 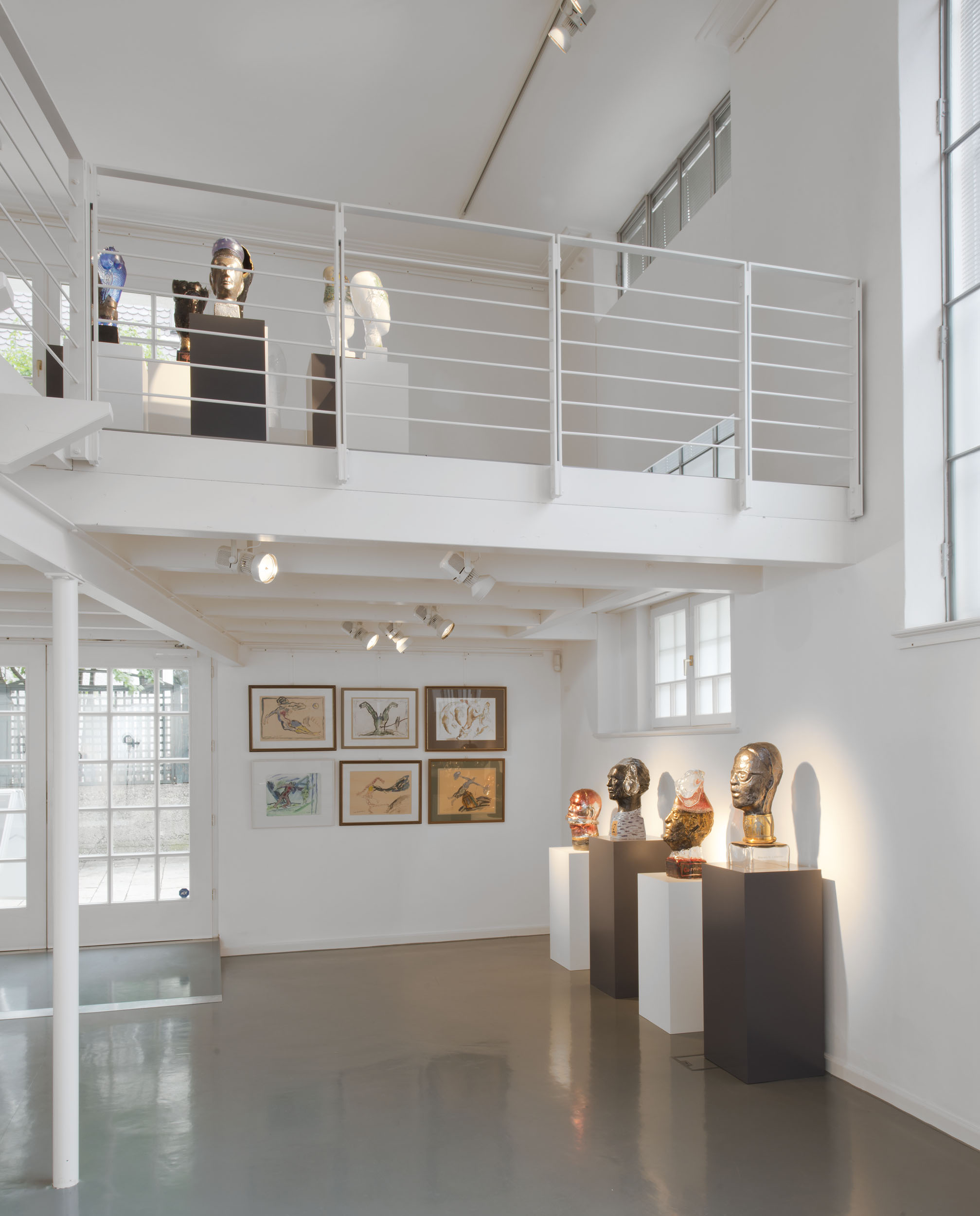 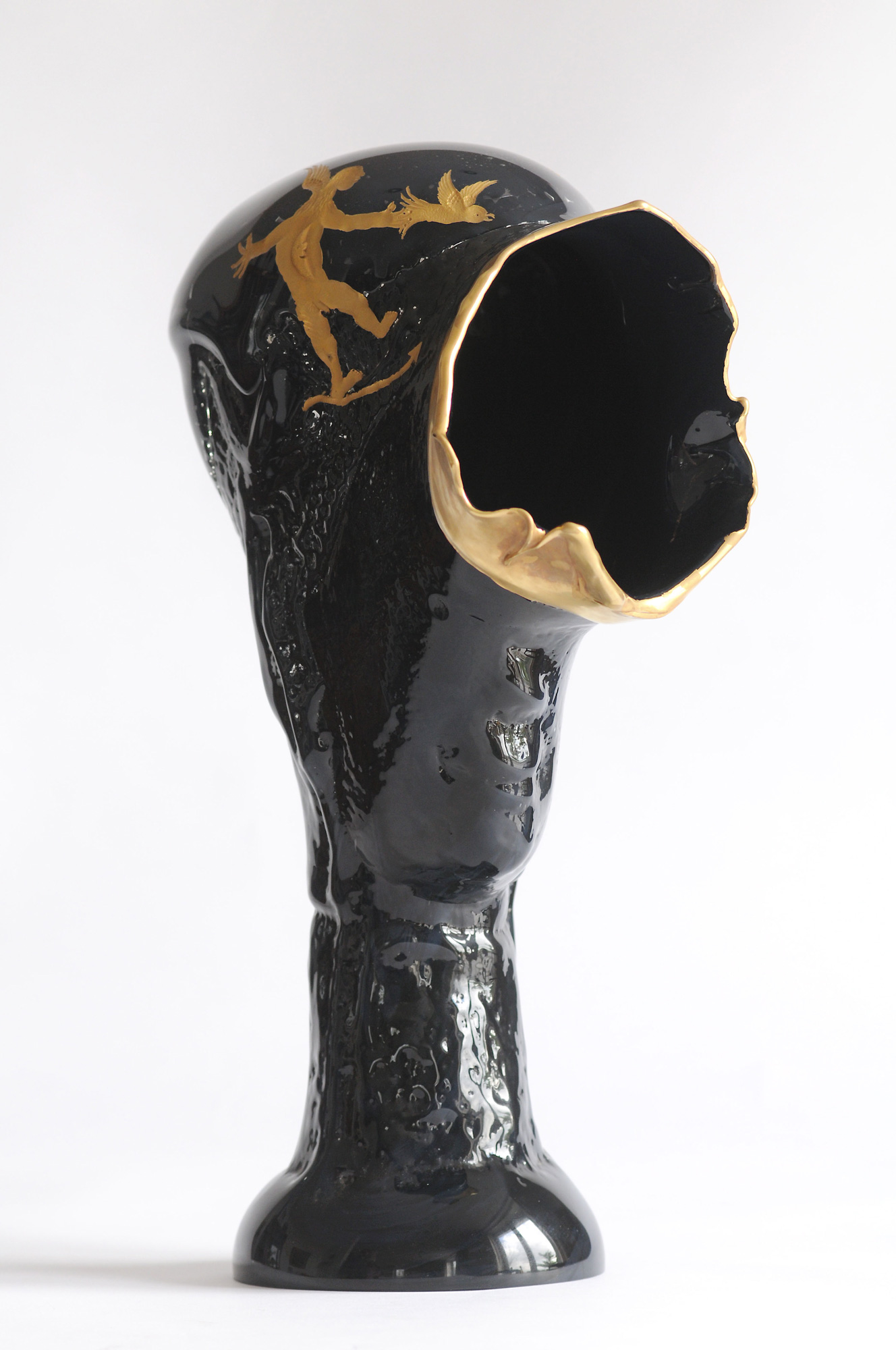 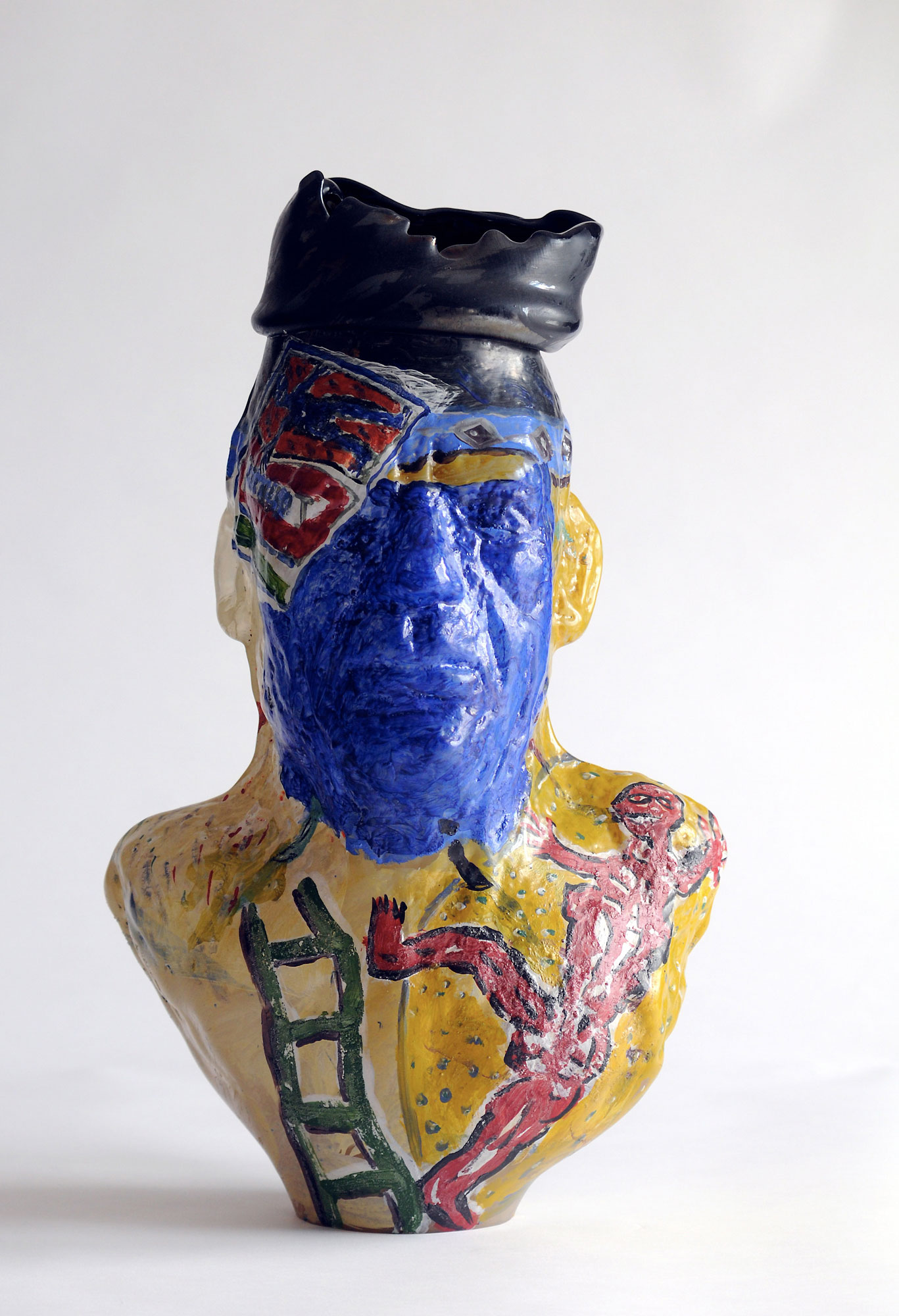